This web score was created with MuseScore

Composed in 1905, this romantic work shows Cyril Rootham in the early stages of his musical career. This performance by the Crystal Palace String Quartet was recorded at the Community Music Centre of Christ's School, Richmond on 11 April 2017.

It is likely (but not incontrovertible) that Cyril Rootham’s (1875-1938) ‘Capriccio’ for String Quartet in D minor, op.20 was originally composed for the first of Walter Willson Cobbett’s Phantasy competitions in 1905. Rootham’s entry was not successful. This ‘Capriccio’ quartet was originally titled ‘Phantasy’, and the renaming occurred late in the day - after the instrumental parts had already been copied out with the original caption of ‘Phantasy’. Only the manuscript full score carries the new title as a correction.

Cobbett’s objective in running these competitions, in conjunction with the Worshipful Company of Musicians, was threefold:
1. To call the attention of native composers to the trend of
the British mind toward emotional reticence, and to the value
of such a mentality in the composition of chamber music in which
the absence of exaggeration is counted a great merit;
2. To introduce a short form into the chamber music repertoire;
3. To institute a renaissance of the Fancies of the 17th century,
the counterparts of the chamber Quartet and Trio of the present day,
free in form and, consequently, in harmony with modern aspirations,
besides being identified with English music.
The Musical Times (Walter Willson Cobbett, “More Plain Words” Musical Times 59 (February 1918) p.62/3)

The basic concept, then, of Cobbett’s ‘Phantasy’ was to encourage composers to develop a single movement work presented in a variety of linked but contrasting sections. There was a time limit set of about 12 minutes. The panel of judges in 1905 included Alexander Mackenzie, Alfred Gibson, and Hermann Sternberg. (Cobbett, op.cit.) reported that some sixty-seven manuscripts were received and six prizes were awarded. The winners were William Hurlstone, Frank Bridge and James Friskin, with Haydn Wood, Waldo Warner and Josef Holbrooke as ‘runners up.’ The surviving documentation for this competition does not give a list of all the works submitted.

Cyril Rootham’s earliest surviving chamber work is the String Quartet in A major, composed in 1899. A few years later he dedicated his String Quartet in G minor to his father, the conductor and chorus master, D.[aniel] W.[ilberforce] Rootham. The year 1905 also saw the song ‘The Ballad of Kingslea Mere’ to a poem by Thomas Love Peacock. The following year Rootham produced his Epinikion for organ, began work on the Overture ‘To the Spirit of Comedy’ and completed his Evening Service (Magnificat and Nunc Dimittis) in F major. The only instrumental work from this time was ‘Réminiscences des Alpes Bavaroises’ for violin and piano, dedicated to the violinist Haydn Inwards.

In 1908 Rootham returned to the chamber music medium with his String Quintet in D minor. Chamber music was to exercise his mind throughout his career. Rootham’s music is often characterised by an economy of material, in fact the entire Capriccio owes much to the thematic germ presented in the work’s opening bars. This is reminiscent of Edward Elgar.

The Capriccio is presented in several contrasting sections which are dominated by the opening ‘Adagio ed espressivo.’ Subsequent sections involve development of this initial material, but are closely related thematically. A ‘Lento’ section in C# minor has several sequences which nod towards Parry. Rootham varies the time signature in the faster sections of the Capriccio with passages in 9/8 and 12/8 compound time. After the Scherzando section, the opening pages are reprised, however, the work concludes with a ‘molto allegro’ fugato, followed by a brief adagio. The coda is short, with the final bars presenting a perfect cadence in D major, with two instruments playing four note chords. The balance of the parts tends towards equality for each of the string quartet's players although, as expected, the first violin does often carry the argument.

Cyril Rootham’s music is typically reserved and is never subject to overindulgence. The progress of the Capriccio is largely polyphonic, with only a couple of places where string chords are heard: in this case heavy, robust double stopping. There is little in the way of chromaticism in the Capriccio, with many bars remaining in key with few accidentals, although the music does modulate to related keys (and occasionally to an unrelated key). There are hints of modal scales in this work, without it ever descending into the pastoral or making use of folk-inspired melodies. It has been written that Cyril Rootham’s music has ‘refined scholarship and charm’ - two qualities which do not really sum up the present work. The listener will be aware of an intensity in some passages in the Capriccio. Despite Rootham’s use of ‘classic’ contrapuntal devices there is never a whiff of pedantry. This is a work that is always tuneful and has music that flows naturally. No evidence can be adduced to suggest that the work was given a contemporary performance.

This performance was given by the Crystal Palace String Quartet. For more information about the ensemble, you can visit the repertoire page of their website. 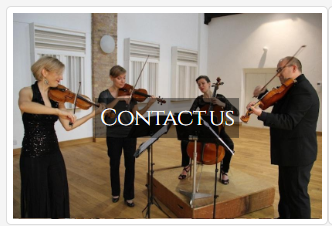 We are grateful to Christ's School in Richmond for allowing us to make this recording at their Community Music Centre on 11 April 2017.


The project manager was James Hall and the recording engineer was Joe Olney.

By permission of the Master and Fellows of St John's College, Cambridge

Our thanks to the Special Collections Librarian at St John's College for providing a copy of the 1905 manuscript.

We are also very grateful to Lee Armstrong who originally typeset this quartet from the manuscript images, and to Stewart Thompson who undertook the final editing.