This web score with playback was created with MuseScore

Composed in 1921, this song sets to music a short poem from a collection titled
"The Dark Fire" by W J Turner.

Published in 1918 (at the end of the First World War), Walter J Turner's volume
"The Dark Fire" contains many poems on the subject of war and death. Just scanning down the contents list reveals the poet's frame of mind as he considered the aftermath of "the war to end all wars".

Originally published in 1923 by Schott & Co, this song has been out of print for many years. But fortunately we now have a newly-typeset version, which we intend to publish later in 2018. 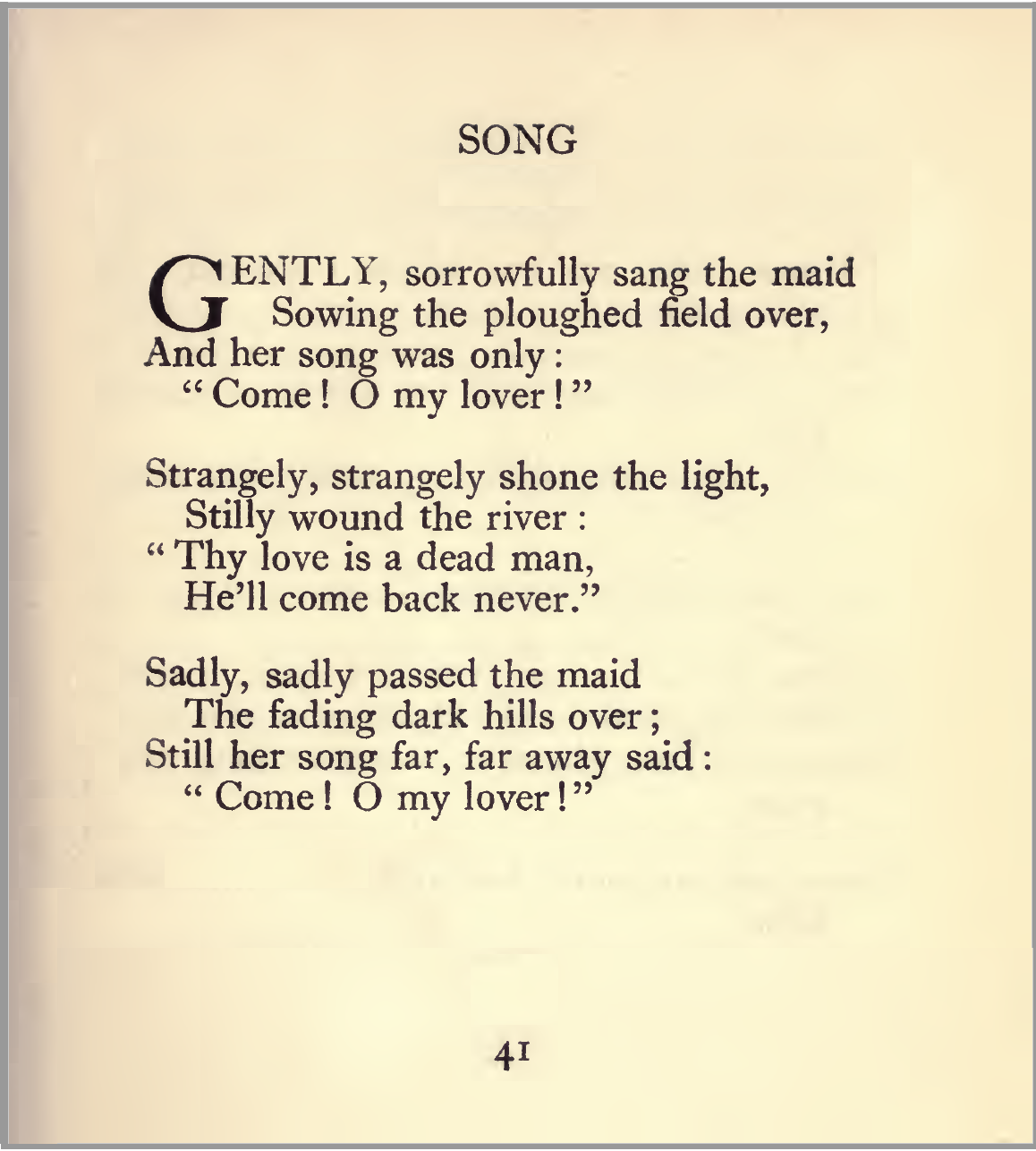 From the original 1918 edition of "The Dark Fire" by W J Turner,
published by Sidgwick & Jackson Ltd

Walter J. Turner (1889-1946) was born in Australia but lived in England. Pursuing a career as a writer and poet, his circle of literary friends included Siegfried Sassoon, Virginia Woolf, Vita Sackville-West, and Lady Ottoline Morrell. Turner's life is outlined in this short Wikipedia biography.

Disclaimer   In the absence of a live recording, we can only play a synthesized MP3 file generated from the typeset score. It makes no artistic claims, and should only be used to gain a rough impression of the work.